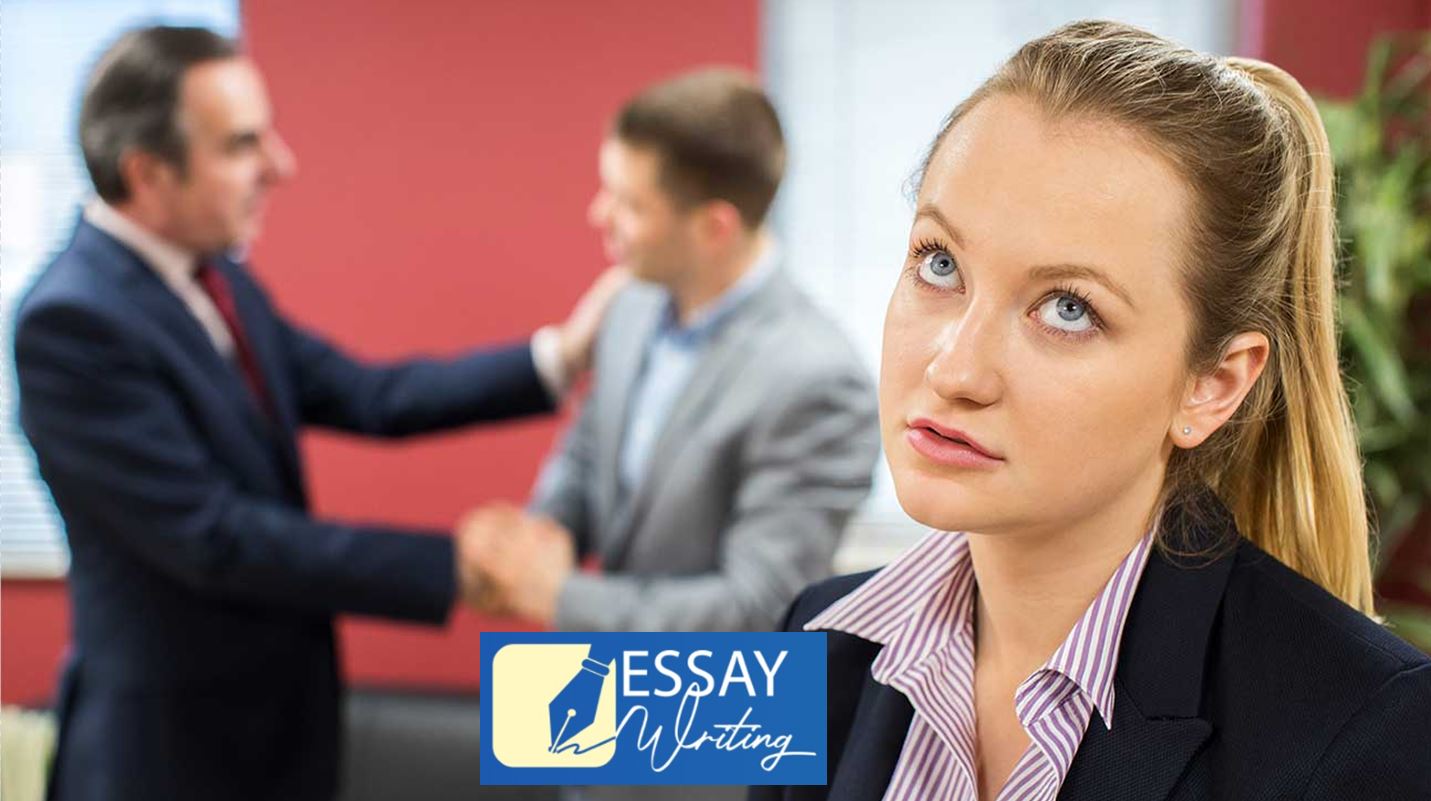 Gender discrimination is considered inequality based on sex and gender, which causes one sex to be routinely privileged over another. In a culture where gender inequality is prevalent, women are greatly exposed to the risk of being mistreated or overpowered. Discrimination exists in various forms, such as harassment and discrimination by victimization or perception. The effects of discrimination and inequality include anxiety, increased stress, and anxiety.

Differentiation based on gender has formed the primary concept of gender ideology. Considerably, biological differences are real and result in the determination of the female or male sex. Gender ideology has extended differences to the social milieu and is taken lightly in establishing hierarchy, social position, and establishing stereotype roles of women and men (Press, 2017). Regarding sex variations, cultural beliefs have developed a superordinate-subordinate hierarchy that has created a gap since males have greater access to resources, land holdings, skills, inheritance, and productive employment linked to high status. However, on the other hand, women receive inferior education, medical care, and poor nutrition, suffer violence and female infanticide.

Considerably, gender equality is a basic right that has been violated by gender-based discrimination. Discrimination of women in society has led to gender disparity which has limited the life-long potential of children globally (Press, 2017). Discrimination against women has been prohibited by gender laws and human rights treaties, including international laws that facilitate equal gender rights between men and women. However, discrimination has still existed despite the human rights treaty and international laws.

Women have been increasingly marginalized from cultural life. They face various barriers to contribute, access and participate equally in a heritage which prevents them from gaining the full potential to impede inclusive and socially sustainable development. Universally, women have fewer economic opportunities, basic and higher education, political presentation, safety, and greater health risks. Ideally, when discrimination begins from childhood, it tends to rob the child of the opportunities and energy they need to progress. Far too many women and girls, especially those from the poorest families, still encounter discrimination in sexual violence, education, child marriage, and unrecognized domestic tasks.

Culture exists without awareness and question of its influence. Culture can be unconsciously colluding, subversively complicit, and resistant to change. The cultural values of a certain region or area have been considered the major cause of women’s discrimination. Ideally, the behavioral expectations and attributes appropriate to men and women have been used to shape culture. Gender identities are significant facets of culture since they impact daily life. Gender functions as an organizing principle for society because cultural meanings are given to being female or male (Press, 2017).

For instance, there is a clear pattern of men’s work and women’s work in most cultures and the cultural expectations linked to these perspectives. Studies show that cultural professionals and female artists have less access to production and creation resources. There are different duties for different individuals that occupy varying statuses in core social relationships. For instance, the East Asian cultural traditions have greatly focused on proper conduct with social hierarchy.

Relatively, cultural variations in people’s attitudes towards gender equality have influenced women’s discrimination. Hostile justifications of gender discrimination in the form of attitudes and beliefs that women seek power over men have been experienced. For instance, studies have shown unequal treatment of women in South Korea and Japan being higher than those in the USA and Northern Europe. Therefore, Western cultures may view gender inequality as more unjustified than women from East Asian culture.

The Social Construction of Gender Roles

Ideally, the gender-based discrimination of women has intersected with social construction factors such as age, disability, ethnicity, sexual orientation, and gender identity. Ember (1996) stated that any observer tends to notice the differences between males and females in human society. The differences tend to go beyond physical appearance. Considerably, no society tends to assign the same privileges and roles to women as men. However, in some societies, the disparities appear to be minimal than in others. The cultural differences are not only roles expectations but also perceptual and cognitive differences.

Social institutions such as religious groups, family, legal and political structures, and educational institutions have developed values and norms that discriminate against women. Social institutions are patterns or mechanisms of social orders that aim at meeting social needs commonly found in every culture. They play an essential role in the social order of society and govern the expectations and behaviors of individuals (Lassen, 2011). They have also standardized and legitimized social placement on a gender basis. Currently, women have been relegated to low-skilled and low-paid jobs.

The notion that women and men have varying roles not only in the household but also in society has contributed to the issue of gender inequality and discrimination. Considerably, teaching men that they are better than women can have severe implications (Press, 2017). For instance, domestic violence is similar in Japan, India, and Vietnam in several ways. They have tragic constancy of male husbands beating their wives. Most women in these cultures fail to complain since this is a socially accepted norm. This is because gender norms have been used to tell what is appropriate for males and females in society.

Poor cultures have a monopoly on gender inequality (Lassen, 2011). Men tend to earn more than women in essentially all societies. Working women have continuously struggled with horizontal segregation and the separation of men and women into gender-specific opportunities. For instance, social construction has led to feminine positions considered pink color jobs and involve domestic duties, working with people, and administrative work. On the other hand, men are known to hold blue-collar jobs such as mechanical and factory work that are more valuable and translate into higher wages. Women have also experienced vertical segregation and gender separation within the same job opportunities. For instance, female lawyers and physicians are less as considered their male counterparts. The masculine positions hold more value, command higher respect, and pay more than the feminine positions.

Mass media has also played a big role in the social construction of gender roles in society. Mass media has been a great part of modern society, often driving perceptions. Considerably, it is important to understand that varying cultures have different moral values and acknowledge that some practices need to be universally prohibited. The relationship between mass media and culture is complex, thus influencing what people prefer.

The media plays a significant role in society since they report on current events and offer predominant frameworks in culture. Media has a chance of increasing widespread gender-based discrimination through sending compelling and forceful messages about societally approved gender roles that are often biased, stereotyped, and outdated.

Consequences of Gender Discrimination and Inequality

To comprehend gender, there is need to examine roles, gender norms, and stereotypes as a wide set of practices that indicate the nature of power. This entails focusing on the political and economic spheres in social life. Male dominance in unchallenged cultures has led to the exclusion and subordination of most women. Considerably, this has sidelined the world’s experience, talent, and knowledge. Gender discrimination and inequality have led to a huge loss of human potential with the cost for women and men.

Injustice, violence, impunity, and privilege, which are culturally masculinized, have led to gender-based violence and discrimination linked to the feelings and systems of power due to the oppression of women by particular groups of men (Wendt and Zannettino, 2014). Gender discrimination and inequality have perpetuated a culture of violence since women are perceived as something less and degrading women’s satisfaction. The culturally dominant masculinity norms have encouraged men to use violence, thus limiting girls’ and women’s safety, choice, and behavior.

Gender discrimination and inequality have led to women often being less valued. Women are suffering most of the negative effects of rigid gender roles and norms. They have experienced restrictions of their opportunities and freedom and harassment and violence, which limit their lives. The deep roots of gender inequality and discrimination are social constructions of gender roles, gendered ideology from cultural life. There is a need to focus on gender equality and advocate for positive gender roles ad stereotypes to help contribute to a better world.

Get help to write Your Research Paper Today

If you need help writing your paper, essay-writing.com can provide the assistance you need. Our team of experienced writers can help you with any type of writing assignment, from a simple essay to a complex research paper. We can also help you with editing and proofreading your paper.

No matter what type of academic paper you need help with, we can get the job done quickly and efficiently. We understand the importance of meeting deadlines, so we will make sure that your paper is completed on time.

If you are looking to “pay someone to write my paper” You can be confident that your paper will be written according to your specifications. We will follow your instructions carefully and make sure that the finished product is exactly what you wanted.

If you are not satisfied with the finished paper, we will make the necessary revisions at no additional cost to you. We want you to be 100% satisfied with our service.

So if you need help writing your paper, don’t hesitate to contact us. We will be happy to assist you.