How to Write An Argumentative Essay: Format and Samples 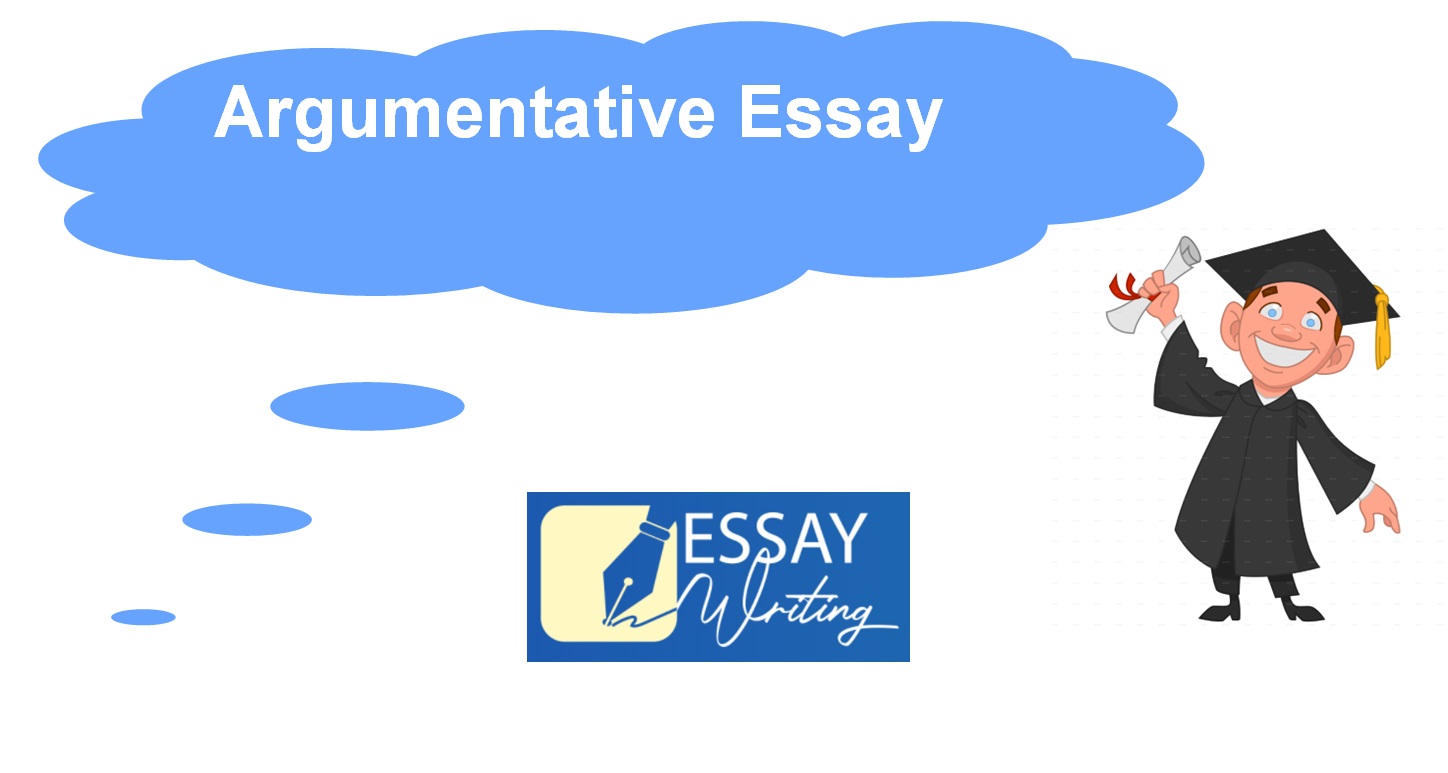 Unlike a Persuasive Essay, which is about trying to convince an audience of something, an Argumentative Essay is more about defending your own point of view.

It is important to note that this type of paper does not have a right or wrong answer. What matters is how you defend your stance on the topic and the evidence you use for it.

However, there are some standard things such as format and structure that every Argumentative Essays should follow in order to be successful.

This article will cover everything you need to know about how to write an argumentative essay – from formatting tips for making sure your paper follows proper guidelines, all the way through examples of what these types of essays look like when done properly!

Definition of an Argumentative Essay

Argumentative essays are a type of essay that is designed to convince the reader about an issue. As some refer to it, “argument essays” often discuss topics that are controversial and debatable, and can be either subjective or objective in nature.

The goal of argumentative essays is to present facts, provide supporting evidence from credible sources, and persuade the reader to agree with your opinion on the topic at hand.

An argumentative essay has two main purposes: to present facts, and to persuade the reader that your opinion on a particular topic is correct. These essays commonly cover topics that are debatable or have two sides – such as gun control, abortion, euthanasia, etc.

Here are the steps on how you might write an Argumentative Essay:

The first step of writing an argument essay is to choose either one pro point, two con points, or vice versa. You then need to clearly state what it is in “I believe” form (such as “This technique will not be beneficial because”). In other words, give both sides’ views before presenting yours. If you’re providing two arguments against something, introduce them with ‘First,’ ‘Second,’ etc (as opposed to using A/B to denote them).

In this step, introduce your pro argument with ‘First,’ or con argument with ‘Second,’ etc. You then need to present the point before you refute it (don’t forget that you have a full paragraph of space for each position).

What is important about presenting arguments in an Argumentative Essay is not only offering evidence from which your claim can be justified, but also addressing opposing views by refuting their points without being mean-spirited.

Remember: even if someone’s opinion is different than yours, they deserve respect as a person and should not be disparaged for holding those beliefs.

This is the trickiest step, and is often where Argumentative Essays go wrong. Successful conclusions don’t just summarize what you’ve said in your essay before concluding with a ‘the end.’ They also provide an overarching statement that ties everything together:

An argumentative text can be about positive or negative arguments. They can also take different forms such as an analytical piece, a persuasive paper, or debate format! Below are examples to help you find the type that best suits your needs and assignment’s requirements.

This is when one opinion is presented against another opinion on a particular topic.

In these type of argument essays, one will usually include both opinions verbally stated in order for readers to grasp what they’re reading more clearly with understanding the two sides being explored at once rather than just presenting their own stance without any basis behind it; which would make them less convincing because there wouldn’t be much evidence backing up their claims.

This style of writing is intended to be more objective by presenting both sides of the argument in order for readers to make up their minds about which they believe.

This style is one where the writer will use a lot of rhetorical analysis devices such as satire, sarcasm, and persuasion techniques like appeals to emotion or logos (logical arguments) so that those reading are convinced into thinking what they’re saying; it tends not to include many counterarguments because these papers generally have an opinionated stance on whatever topic was assigned.

Debate formats can vary depending on whether you want your classmates to argue against your viewpoint or with it. This form takes place in front of each other while you go head-to-head with someone in a debate-like atmosphere.

This style is one where the writer will present both sides of an argument and let readers make up their minds for themselves which they believe; it includes counterarguments to any opposing viewpoints and therefore should be more balanced than persuasive papers.

This form isn’t usually given as a title, but rather these are texts that explain how something works or what happened without taking either side on the topic at hand but instead just providing facts about events or processes from neutral perspectives.

Argumentative essay formats can vary depending on what type of formatting you’re using. For example, if you’re using MLA Style for an argumentative paper with three sources cited in its citation list at the end; then you’ll need to format accordingly with this style guide.

APA Formatting also has guidelines for how these types of papers should be formatted best! If you don’t know which one will work best for your assignment – ask your professor before beginning writing so they can help ensure consistency.

Outline of an Argumentative Essay

Title Page (optional): If you have one, include the following information: paper title, main ideas of essay, author’s name.

Introduction paragraph: This should be an explanation or a background on why the issue matters in regards to our everyday lives. Keep in mind that not everyone has read up on what they’re about to read so start by telling ’em what you’ll tell them and then tell ’em!

Include any relevant quotations here too; make sure these are cited properly with parenthetical citations at the end of each sentence quoting someone else. This paragraph will serve as a preview of your argument and why it matters.

Argument paragraph: this part of your argument essay will be the bulk of what you write; make sure to use evidence that supports your position, as well as counter arguments for any opposing points. Try not to spend too many words on background information or restating things already said in the introduction paragraph (remember: keep ’em reading!)

Conclusion paragraph: summarize everything with a strong statement about where we go from here! Restate what was argued and end with some implications of taking one side over another. This is often referred to by instructors as “the takeaway.” If there’s time left after finishing all these parts, feel free to include relevant quotations at the end of this section too; just remember to cite them properly

“Guns are used in about 20% of all murders and 60% of these homicides occur at home.

Gun control laws should be stricter to prevent this violence because it makes these weapons easier for people who have violent tendencies or mental illnesses to obtain them.

This argument is interesting but there isn’t enough data on either side yet, so I can’t come up with any solid conclusions.

There also seems to be a common trend that when the government restricts access to guns, then other crime rates go down by as much as 40%. This would show that gun control does decrease violence. On the other hand, many hunters see hunting rifles like AR15s as an essential tool in their line of work.”

Do video games cause violence?

(This is a very common argumentative essay topic. It could be written as either a pro or con, and the position you choose to take can change how your entire paper will look. In order for it to count as an argumentative essay, there needs to be at least one paragraph discussing both sides of the issue and why you chose that side over another.)

Thesis Statement: “Video games are harmful because they promote aggression.”

First Body Paragraph (pro): “Playing violent video games has been shown by numerous studies from scientists around the world such as Gregor Szycik of the Max Planck Institute, to increase physical aggression in those who play them.”

Second Body Paragraph (con): “These studies are not reliable. They often fail to mention that humans have always had a natural tendency towards violence and they find other ways to express it such as playing violent video games or watching TV shows with intense violence.”

Conclusion: Your argument can be summarized by your thesis statement and then you would summarize both points on either side before finally choosing one.

Should we have a government that is accessible to all or an elite few?

“Progressive taxation levels are designed to distribute benefits more evenly among the people which will lead to greater equality.

This argument has many flaws because it doesn’t take into account other factors like how much each person contributes, and what standard of living they’re used to. If you lower the tax rate too low then there won’t be enough money for safety programs or public services. Another problem with this argument is that progressive taxation only works when everyone participates so if some people refuse, this system fails.

The first point in favor of lowering taxes is that high rates discourage economic growth by preventing corporations from effectively managing their assets during tough economic times. The second point is that progressive taxation only works when everyone participates so if some people refuse, this system fails.

The first argument in favor of lowering taxes is that high rates discourage economic growth by preventing corporations from effectively managing their assets during tough economic times (read more about how to write an economic essay) . The second argument is that a good tax strategy would be to lower the top rate while simultaneously raising the bottom rate because it will create more equity between different income groups.

In conclusion, I believe we should lower taxes for all Americans with no exceptions. It’s time to put an end to these endless debates and finally take care of our countrymen once and for all.”

Argumentative Essay on Self Driving Cars

Argumentative Essay on Self driving cars

Some Argumentative Essay Topics include:

Writing a college Argumentative Essay can be difficult, but it doesn’t have to be since that is why we have out “write my essay for me” service ready to get any task done. Let our Argumentative essay typer service help you with the process and make sure your work is on point from start to finish!

Our team of experts are ready and waiting to partner with you in order to provide high-quality custom writing services for all levels of education. We offer 24/7 customer support so that we may answer any questions or concerns that arise during the course of your essay project. If this sounds like something you are interested in, feel free to contact us at any time today.